How Do I Know My Chimney Is Working

Possibly though it might be as well to learn the signs that indicate that this happy state of affairs is no longer as happy as it might be.

Smoking is the most common sign of an issue

Smoke is probably the commonest sign that all is not well.  If smoke is coming back into your room or you can smell smoke in upstairs bedrooms, then it’s best to call in a certified chimney sweep.  He can clean the chimney, and give you the benefit of his knowledge on the subject.

Smoking can also indicate a more serious problem, to whit holes in the chimney, liner failing siphon-age and again, it requires an in depth knowledge to be able to diagnose the problem and decide on an effective solution.

Soot build up in your flue

Soot building up in the flue is a fairly obvious problem, although soot build-ups can be radically affected by design.  A poorly designed chimney can start to smoke after a very short period of time, if the design is so bad that it forces soot to build up in a particular part of the chimney.  Or, the terminal can be unsuitable, or even illegal (see our other articles on the subject) and mean that the terminal ills up with soot long before the chimney needs sweeping.  Some are so bad that they can’t be cleaned 100% and the percentage that can’t be swept out proceeds to trap soot until it stops the flue gases from exiting the chimney.

Weather conditions can also affect chimney function, and again, a certified chimney sweep will be able to identify, from your description of the problem, what the problem is, and what the best solution would be.

Call in a certified chimney sweep

It is always advisable to maintain the chimney in good working order.  Not only will it reduce the risk of a soot build-up causing a smoking problem, but it will also reduce the risk soot acid erosion and of a chimney fire.  Remember that while chimney fires are often seen as some sort of music hall joke, it isn’t that funny. A chimney fire can do real structural damage, necessitating relining with all the expense that that entails, and in a chimney that has been relined, the liner can be completely destroyed. 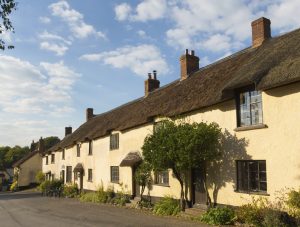